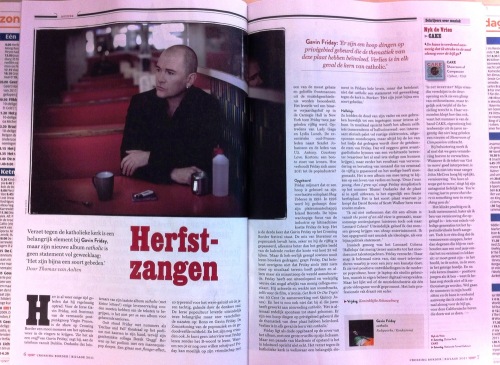 In the Crossing Border festival special of VPRO magazine, Thomas van Aalten (who, writing about catholic, says: “It’s the sort of album you wish Scott Walker or David Bowie would eventually make”) talks to Gavin Friday:

“Some 16 year olds listen to Leonard Cohen, don’t they? Eventually people will get fed up with cheap entertainment. I grew up with music as an ideology, almost a political statement.”